August 31, 2009
By DEBORAH SOLOMON, As a former Democratic senator from South Dakota who wrote a best-selling book on health care, “Critical,” and was a shoo-in for the position of secretary of health and human services until unpaid taxes became an issue,

do you get the sense that the Republicans have dropped out of the health care debate?

That is the sense I’m getting. I’m incredibly disappointed. Several years ago I worked with George Mitchell and Bob Dole and Howard Baker to create a bipartisan policy center. I was very optimistic last spring when we issued our proposal that this could be bipartisan, but clearly that’s not the way it’s trending. 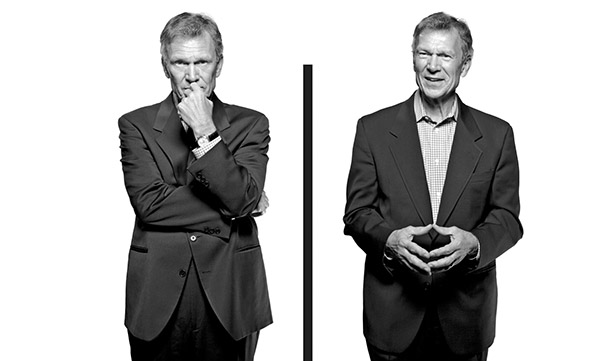 Do you think President Obama has done a good job of selling health care reform to the general public?
I think we have to do better at making this issue a moral imperative. I don’t think we’ve succeeded at that yet. I think the more we can bring everybody to an understanding about how this in many respects is the civil rights battle of the early part of this century — it’s a fight for the disabled, it’s a fight for the sick, it’s a fight for equal rights when it comes to health.

With all of his eloquence, why can’t the president convey that message?
I think in part because the organizational strength of the other side has once again surfaced. The other side has socialism, they have fear of government, they have rationing and all these — Scare phrases. The Democrats need better phrases. We do.

What about Better Care? Medicare to Better Care?
We’ve got to boil it down to those themes that really motivate and have emotional value.

What are you doing now?
In my life generally? I work with my wonderful law firm, Alston & Bird.

You’re not a lawyer, are you?
Exactly, no, I’m not. If I have one regret in life, and I don’t have many, it’s that I didn’t get advanced degrees when I was younger.

You don’t need a law degree; you make your own laws.
I do that, and then I advise clients.

It has been reported that you’re a paid adviser to the insurance giant UnitedHealth Group, which opposes your belief that health care reform needs to have a public option. Why do you work with them?
On the left there are those who say that you should never talk to people who differ with you on a high-profile issue. My question to the left would be, whom would they advise these insurance companies talk to? Rush Limbaugh and Glenn Beck and Sarah Palin? That’s the alternative. They can talk to Glenn Beck and Sarah Palin, or they can talk to me.

It has been reported that your salary from Alston & Bird last year was $2 million.
I don’t know where that came from. I wish it were $2 million.

Why do you wear red glasses?
When I left the Senate, I felt more liberated to do things that I felt were fun to do.

In February, after you confessed to owing $140,000 in back taxes, you withdrew your nomination for a position in the Obama cabinet, as secretary of health and human services. Did the president push you out?
Oh, no. I have to say I was very pleased and grateful for the support that I got from the president on down. He called me a couple of times that day. He said, think about it and then I will accept whatever decision. Then he called me back later after I indicated that it was my final decision, and he just was calling to see how I was doing.

And how were you doing?
It was a difficult time. I can’t deny that. My whole family left work that day or just chose not to go in and they all came over to the house.

What helped you get through that period?
I’ve got this slogan that my family — they grimace when they hear me say it because I say it too often. But I believe that the windshield is bigger than the rearview mirror.

INTERVIEW HAS BEEN CONDENSED AND EDITED.