On May 6, 2014, Friends Chair & Founder, Dr. Ellen Sigal joined NIH Director Francis Collins, FDA’s Dr. Janet Woodcock, as a participant on the same committees’ kickoff event for the “21st Center Cures Initiative.” For that roundtable, spearheaded by Congresswoman Diana DeGette (D-CO) and Congressman Fred Upton (R-MI), the committee hosted thought leaders in the first public discussion regarding the state of biomedical innovation in the United States and what else can be done to accelerate the process of bringing new treatments and cures to patients: To see the video of that roundtable Click Here. Over the next several months, members will take a comprehensive look at the full arc of this process – from the discovery to development to delivery – to determine what steps we can take to ensure we are taking full advantage of the advances this country has made in science and technology and use these resources to keep America as the innovation capital of the world. Jonathan Leff, Partner at Deerfield Management, and a Friends Board Member, was also a participant. 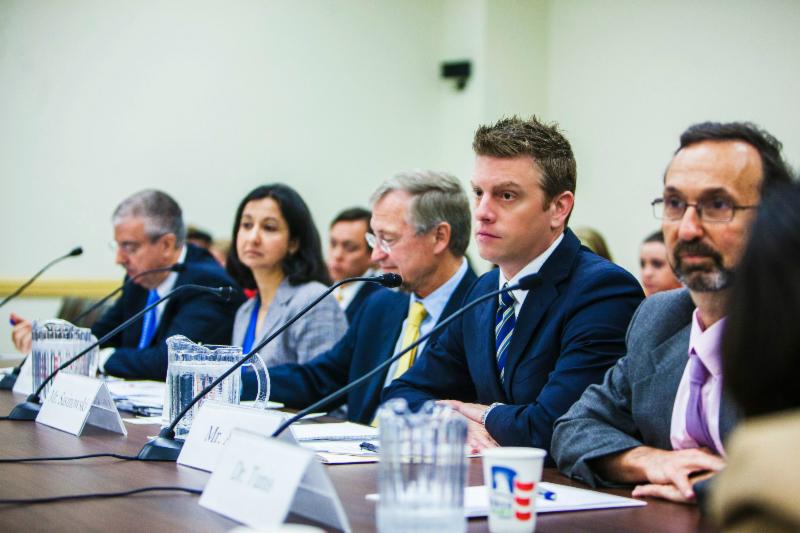 As the second event around this initiative, on May 20, 2014, Friends’ Executive Director Jeff Allen testified before the House Energy and Commerce Subcommittee on Health in a hearing entitled, “21st Century Cures: The President’s Council of Advisors on Science and Technology (PCAST) Report on Drug Innovation.”

In September 2012, PCAST published a report entitled, “Report to the President on Propelling Innovation in Drug Discovery, Development, and Evaluation.” The report incorporates the views of a broad range of experts in academia, government, industry, and patient advocacy on strategies to promote biomedical innovation. Witnesses were invited to provide Congress with an update on the implementation of the report’s recommendations. 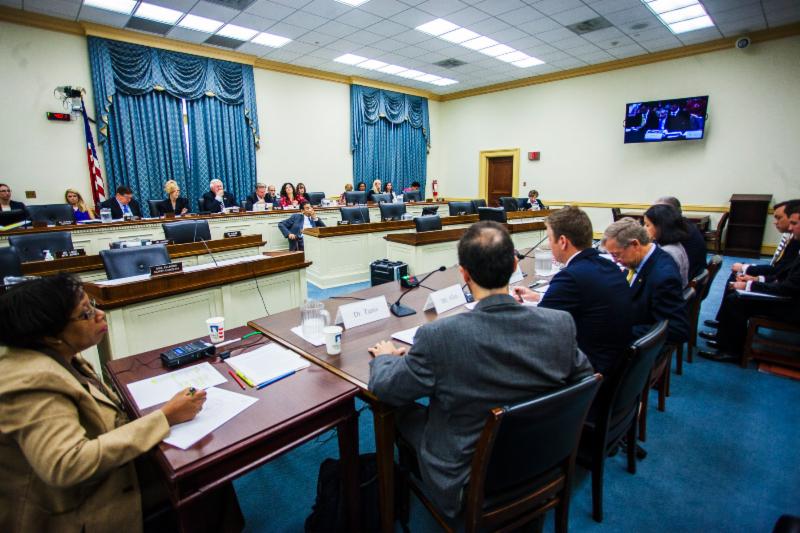 Dr. Allen describes how Friends of Cancer Research has worked to carry out three of the PCAST report recommendations:

The PCAST report argues that medical progress depends on cooperation between the major players in the drug development ecosystem: academic researchers, the bio-pharmaceutical industry, and government regulators. In his testimony, Jeff pointed out that this sentiment is at the heart of one of Friends of Cancer Research’s current initiatives, the Lung Cancer Master Protocol, or Lung-MAP. Originating within the FDA, the concept of a multi-drug, multi-arm, biomarker-driven clinical trial that uses cutting-edge genomic profiling to match patients to investigational treatments is now close to activation, being driven by experts at the National Cancer Institute, SWOG Cancer Research, Friends of Cancer Research, the Foundation for the National Institutes of Health, five pharmaceutical companies (Amgen, Genentech, Pfizer, AstraZeneca, and AstraZeneca’s global biologics R&D arm, MedImmune), Foundation Medicine and several lung cancer advocacy organizations.

A large portion of the PCAST report is devoted to developing strategies to improve the way drugs are evaluated by the FDA in order to encourage innovation while also preserving and strengthening the commitment to only approved drugs that are both safe and effective. The report cites the FDA’s accelerated approval pathway as a program that can be expanded to disease settings beyond oncology and HIV. Jeff praised this effort, but discussed how Friends of Cancer Research has gone beyond the PCAST recommendation in promoting the creation of an entirely new regulatory program, the Breakthrough Therapies Designation. Already extremely successful, the Breakthrough Therapies program has allowed drugs that show substantial benefit early in development to garner special attention within the FDA’s drug review divisions. In just two years, 178 requests for Breakthrough Designation have been submitted, 44 granted, and 6 drugs approved through the program.

Recommendation: Convene the community for input to FDA on guidance documents

Jeff noted that the PCAST report included a recommendation to encourage the development of more FDA guidance documents with the help of external partners. The FDA has limited resources, and writing guidances is secondary to the agency’s primary mission. Convening experts to work through new issues in the ever-changing drug development and review landscape is a substantial boon to an already heavily-burdened agency.Jeff noted that Friends has developed a model to bolster the FDA’s access to expertise as the agency develops guidance, exemplified by Friends effort to develop recommendations on novel drug combinations.